Blog: Digital Trends for Africa in 2016 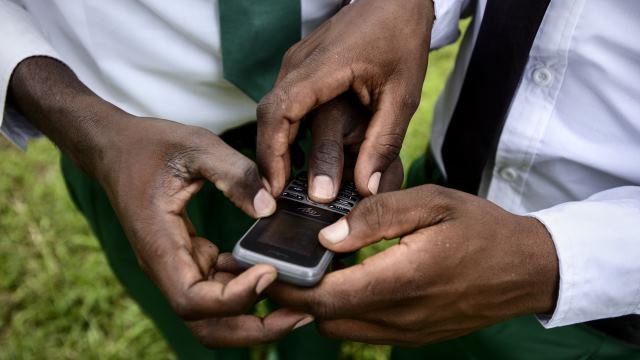 Millicom's lead specialists regularly report on important new activities within their own areas of expertise. Here, Cynthia Gordon, CEO for Africa, lists her predictions for digital trends most likely to occur in Africa in 2016.

January 24: Over the past year we have witnessed digital innovation continue to transform Africa’s economic and business landscape. We have seen the continent become the largest growth market in the world for smartphone sales, as data consumption accelerates dramatically. We have watched the likes of Facebook and Google scramble to expand their presence in African markets, as well as committing to connect millions to the internet for the first time.

While Africa finds itself in a strong position to maintain the pace of its digital revolution, this should not be taken for granted. There is much to suggest an optimistic outlook for the continent in 2016, but this will depend increasingly on greater cooperation between the key players in the industry, innovators, governments and regulators.

Looking at 2016, these are the trends we can expect to see taking shape from Cairo to Cape Town:

Several African governments will open auctions of public airwaves to mobile operators in 2016. Spectrum auctions will give a much needed boost to increase the adoption of 4G, which currently accounts for only 1 percent of connections, against a global average of 11 percent.

Regulators will have a big role to play in treating spectrum both as an asset and as an engine to propel their economies’ digital growth. Efficient allocation of spectrum will make mobile broadband more affordable and widely available, as well as allowing operators to invest more capital on other key infrastructure and technology.

More African countries will catch up with the continent’s digital champions, as governments include technology in economic development policy South Africa, Kenya and Nigeria stand out in terms of the remarkable progress they have made in digitalising their economies. Tech hubs in Johannesburg and Nairobi have captured global headlines and international funding for their start-ups.

As ICT is increasingly seen as an economic imperative, many African countries are expected to follow in the steps of Rwanda, which is rolling out the SMART Rwanda initiative to achieve its ambitious ICT vision for 2020. Such policy initiatives promoting the pervasive use of online public services like e-education, e-health or e-government will have a central role in accelerating the uptake of broadband and bringing about more dynamic business environments on the continent. These will be essential to advance the digital revolution of recent years.

Unlike most parts of the world, Africa bypassed fixed telephone lines to develop mobile networks. Most of the infrastructure investment from telecoms companies over the past decade went into expanding mobile networks and provide first voice, then data services to increasing numbers of people.

As demand for higher internet bandwidth and faster connections grows in Africa’s urban and business hubs, broadband providers will invest in high-speed fixed networks. Such connections will further support the growth of the B2B sector across the region, especially the acceleration of Small and Medium Enterprises (SMEs).

Infrastructure sharing has now become an effective way for telecoms operators to deploy capital more efficiently and to increase mobile and data penetration in Africa. A similar system could be an important factor in the expansion of fixed lines. This is another area where regulators will be able to impact progress by creating a stable and viable environment for investment and cooperation between providers.

Although already fast growing in 2015, breaking the $30 barrier in 2016 will accelerate even further the smartphone and digital service adoption rate in Africa. This will be especially true for markets where smartphones are taxed less heavily. With a bigger critical mass there will be more incentives for app development in major cities across the continent to satisfy a growing demand for local content. African start-ups and international brands with a strong understanding of the continent will seize the opportunity.

The increasing availability of 4G connections will also allow Africans to use more bandwidth-demanding digital services on their smartphones, such as video and music streaming including Africa’s Tigo Music, expanding the market for over-the-top (OTT) service providers, such as YouTube and iRoko, dubbed as the ‘Netflix of Africa’.

A new wave of OTT financial products and services will be developed by African start-ups and offered to mobile subscribers via the operators’ infrastructure.

Emerging players in the MFS space like South Africa’s Jumo will continue to expand the MFS offer and develop more advanced products, for instance microloans and credit checks via mobile usage history. As MFS and services like Tigo Cash evolve, millions more Africans will benefit from inclusion in the formal financial system and access to ever more diverse financial products and services.

*AllAfrica publishes around 1,300 reports a day from more than 140 news organizations and over 500 other institutions and individuals, representing a diversity of positions on every topic. We publish news and views ranging from vigorous opponents of governments to government publications and spokespersons. Publishers named above each report are responsible for their own content, which AllAfrica does not have the legal right to edit or correct.