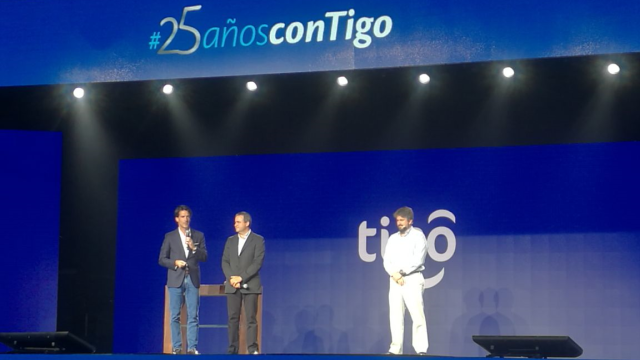 TIGO Paraguay’s launch under the brand name Telecel in August 1992 was a gamechanger, not just for the country, but also for the mobile telecommunications industry and the tens of millions of men and women who have since adopted mobile technology and embraced Millicom's trademark “The Digital Lifestyle”. From the start, TIGO Paraguay has pioneered services and products with a fast and fit approach that helps to explain why, 25 years later, TIGO is Paraguay’s leading telco service provider, the third largest mobile operator in Latin America and a Great Place to Work award winning employer. To celebrate this month, TIGO Paraguay turned again to its 3.6 million customers, to say “Gracias!" ("Thank you!”)

[VIDEO] The making of TIGO Paraguay

Asuncion: It was a fun, fast, and fitting climax to TIGO Paraguay’s month of birthday celebrations: on 27 August, several thousand men, women and children gathered together in the capital Asuncion to support or take part in a series of organised runs.

TIGO Paraguay hosted the event, equipped the crowds, provided the refreshments and lined them up at the start, ready to go, as a “Thank you!” for their support. 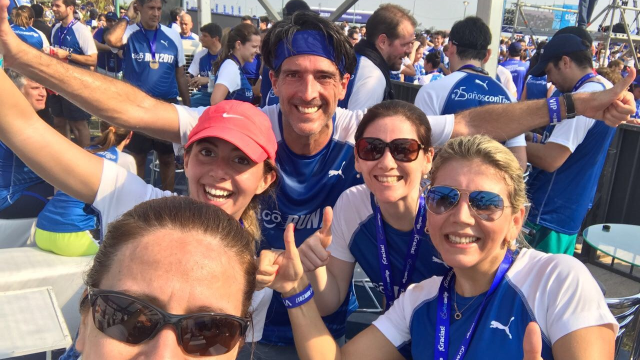 Millicom’s CEO Mauricio Ramos was among those to cross the finish line. “Congratulations to the team that made this celebration a huge success. Excellent organization, preparation and an impressive mix of different events with our employees and other stakeholders have made this TIGO 25th celebration unique and spectacular,” he said.

The TIGO Run 2017 rounded-off a spectacular month during which special promotions, celebrations and marketing campaigns were rolled out, all focused on the theme of thanks (“Gracias”) to TIGO’s millions of customers.

Messages from TIGO employees to customers were recorded here. The press corps reported on TIGO's special Gala dinner; a kitchen-table discussion on the winning ingredients for a great customer service, in the style of the popular TV show Master Chef; a 25th birthday soundtrack entitled “La Cancion de Todos” (Song for Everyone) that featured artists from each region of the country; free subscriptions to Tigo Home’s premium channels and an "El Dia E" campaign that sent employees out to meet with and thank thousands of customers, as well as listen to their feedback and volunteer guidance, information and support on TIGO products and services.

A newly-released documentary described TIGO’s remarkable journey from 1992 to the present day. 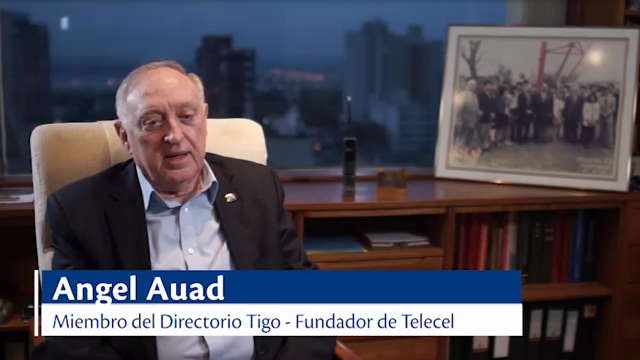 Angel Auad, one of TIGO Paraguay’s original founders, remembers its earliest days as "Telecel". He said : “We were the first operator in the entire continent to introduce “El que Llama Paga.” (The service that only bills the person placing the call, not the person who answers.)

Alicia Borja, head of TIGO Home, recalled when Telecel was rebranded as TIGO. “We had to reinvent the brand, to learn and understand what it meant to be TIGO, our new DNA,” she said.

Fast forward to 2017 and today, TIGO is Paraguay’s largest 4G (hi-speed Internet) service provider. It has invested in Paraguay's only Tier III category Data Centre in response to the country's fast-growing demand for higher-tech facilities and services.

TIGO now offers satellite TV and is expanding 4G and fibre networks at an accelerated pace with its priority firmly placed on responsible as well as profitable growth. TIGO's Social Investment and Corporate Responsibility programs have introduced mobile technology into mainstream national publich health and education systems; TIGO's Mobile Financial Services (MFS) have introduced financial inclusion where previously there was no access to formal banking services.

As this month's celebrations draw to a close, TIGO will continue as it has from the very start to lead with new innovations, connecting communities and offering customers greater choice.

One of the first printed news reports on the arrival of Telecel, later known as TIGO Paraguay