Home Our company Leadership The Board of Directors Odilon Almeida

Mr. Odilon Almeida was first elected to the Board of Millicom in May 2015. He is the Chairman of the Compliance and Business Conduct Committee. 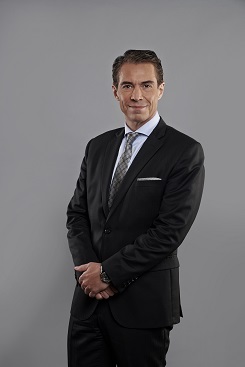 Mr. Almeida (1961) is a senior global leader with an exceptional record of value creation in the financial, fintech, telecom and consumer goods sectors. During his 30+ year career, he has set strategy and led growth acceleration involving retail and digital transformations, organic expansion and the acquisition and integration of new businesses. He also has driven consistently successful short- and medium-term turnarounds to restore growth while improving both operating discipline and execution across markets in the U.S., Europe, Middle East, Africa, Latin America and the Caribbean. In addition, he has proven expertise leading digital transformations, aggressively growing digital revenues for global businesses, expanding digital footprints and creating omni-channel strategies.

In February 2020, Mr. Almeida was appointed as President and Chief Executive Officer, of ACI Worldwide Inc, effective March 9, 2020, and appointed as a member of the Company’s Board of Directors. Mr. Almeida joined ACI having recently served as an Operating Partner at Advent International.

Previously, with a 17-year tenure at Western Union, Mr. Almeida advanced through increasingly significant general management and operating roles at Western Union, the global leader in cross-border and cross-currency money movement.  Most recently, he was President, Western Union Global Money Transfer, where he headed the company’s $5B consumer business in 200+ countries and territories. In this position, he turned around and stabilized WU’s largest global business following years of volatility and compliance issues, generated top-line continuous profitable growth acceleration and, expanded WU’s digital footprint strengthening the company’s position as the Global digital leader in Consumer Money Transfer. Earlier, Mr. Almeida was President, Americas and Europe, President, Americas, Senior Vice President and Managing Director, Latin America and the Caribbean, Senior Vice President and Managing Director, South America and Regional Vice President, Southern Cone, Americas.  In these positions, he turned around businesses in the U.S., Europe, Africa, Mexico, Central America and the Caribbean, established WU as the global digital market leader in P2P money transfer, and grew WU’s Latin America and Caribbean business by more than 5x in 10 years through organic growth acceleration and successful M&A.

Mr. Almeida is fluent in English, Spanish and Portuguese. He earned his Master of Business Administration (MBA) at Getulio Vargas Foundation in Sao Paulo Brazil and his Bachelor, Civil Engineering at Maua Engineering School in Sao Paulo, Brazil. He extended his education at Harvard Business School, The Wharton School and the International Institute of Management (IMD). He was born in Brazil and he and his family live in Miami, FL.

Mr. Almeida strengthens the Millicom Board with decades of experience from the financial services and fintech sectors, and a leadership style anchored in growth acceleration and business turnarounds involving retail and digital transformation, organic growth and successful M&A.