Millicom’s Tigo brand launched in 1993 and, through its commitment to invest in Tanzania's digital transformation, became the first cellular network in Tanzania to operate a GSM and 3G network. In April 2014, it launched 4G in the capital Dar es Salaam. By end of 2016, it expects its 4G network coverage to reach all regions of the country.

Connecting to the digital lifestyle

Tanzania's adoption of the digital lifestyle is accelerating fast. In October 2015, we acquired Zantel in Zanzibar, strengthening our position in Tanzania.

Tigo Tanzania has more than ten million subscribers who demand affordable, innovative products and services. In 2013 we sold 35,000 smartphones. The following year, we sold 40,000 in a single month - October.

Our strongest market for MFS is Tanzania, with penetration of MFS customers at 44%. Key services include Tigo’s world-leading mobile money brand Tigo Pesa which has more than 4.2 million active users, many of whom will have never held a bank account before and are now able to access and transfer their own money via their mobile phone for the first time.

Tigo Pesa was also the first mobile money service in the world to automatically pay returns on balances held in customer accounts, without any need for customers to register in order to qualify. Tigo customers, both in Tanzania and Rwanda, were also the first ever to use an international mobile money transfer service with instant currency conversion.

Thanks to these recent innovations, Tanzania has become the leading place for mobile money in east Africa, overtaking neighbouring Kenya.

Tigo's data services have included a highly successful Facebook-for-free campaign and a groundbreaking partnership with Internet.org - a Facebook-led initiative to promote free internet, as well as tailored services such as Tigo Kilimo which provides small-scale farmers with information about weather, market prices and agronomy.

Tigo Music and Tigo Recruitme both also successfully launched in 2015. 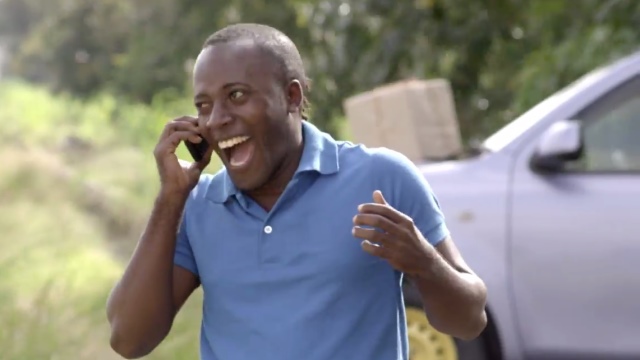 Tigo is one of Tanzania’s leading tax payers and is a catalyst for growth, investing in local talent, connecting people and building digital infrastructure.

The company invested $120 million in 2015 on its network expansion and improvement. The investment included scaling up its 3G sites and fibre network countrywide to make the internet accessible to more users. Our successful national Tumefeika campaign publicized a push for greater coverage which rose from 70% to 78%.

Tigo employs 456 people directly and 20,496 indirectly in Tanzania. Ninety five per cent of Tigo's staff is recruited locally, and the company invests in their skills for the long-term.

Each year Tigo employs university graduates as management trainees, while at the Tigo Sales School, we train our sales force for career success through an eight-week program on business management.

Women play a crucial role in Tanzanian society, and Tigo has partnered with GSMA to train women in entrepreneurship in order to give them not only access to credit, but also the skills they need to start a business.

We partnered with UNICEF and the Tanzanian government to launch our Mobile Birth Registration project which has been highly successful in ensuring more young children aged under five are officially registered and issued a birth certificate. Over 800,000 children have received a birth certificate since our project began. Building on the success in the regions we have been running this program, we will expand our commitment to two additional regions per year until 2019.

With UNICEF, we are also piloting a mobile testing scheme for children of HIV positive mothers, supporting their local innovation hub, and the child helpline.

In 2013, Tigo partnered with USAID and the Cherie Blair Foundation for Woman, to help launch an innovative project to bring MFS to over 4,000 female entrepreneurs with training in financial literacy, business development and mobile money management. Tigo’s partnership with the Bonnah Education Trust Fund is also to raise awareness on education.