Ms. Janet Davidson was first elected to the Board of Millicom in May 2016. She is the Chairman of the Compliance and Business Conduct Committee. 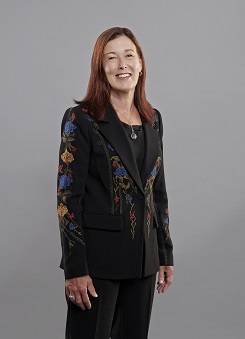 Ms. Davidson (1956) is currently a Supervisory Board member of STMicroelectronics and a Director of AES Corporation.

She was appointed to the Board of AES Corporation in February 2019 and serves on its Financial Audit Committee, Compensation Committee, and Innovation and Technology Committee. She has been a Member of the Supervisory Board of STMicroelectronics since June, 2013 and serves on its Audit Committee and Strategy Committee. She served as Member of the Advisory Board at Digital Reef, Inc. and has also been recognized by Working Woman Foundation with one of its first Women Enabling Science and Technology awards in 2001. In 1999, she was inducted into the Academy of Women Achievers of the YWCA of the City of New York, which honors women of high achievement.

She brings to Millicom’s Board her long experience in the telecommunications and IT sectors.

She qualifies as independent of major shareholders as well as the Company and its management according to the Swedish Code of Corporate Governance, and relevant rules of the Nasdaq Stock Market.